Several years ago, I met a wonderful couple. Both were in their 80s and had a long and very happy marriage. 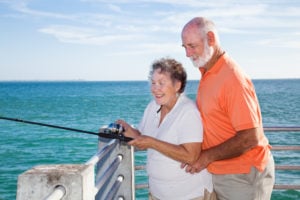 They had both been school teachers and had traveled the world to teach. The husband, who was my patient, had been interned in Indonesia by the Japanese during World War II and his wife had not known whether he was alive or dead for three or four years. Somehow, he survived and thrived and so did their marriage.

They were two of the happiest most positive people that I have ever met. When the husband started having hearing problems, they worked as a team to help him hear better. After some initial adjustment problems, like getting them in his ears were worked out, he did great. They were a joy to work with.